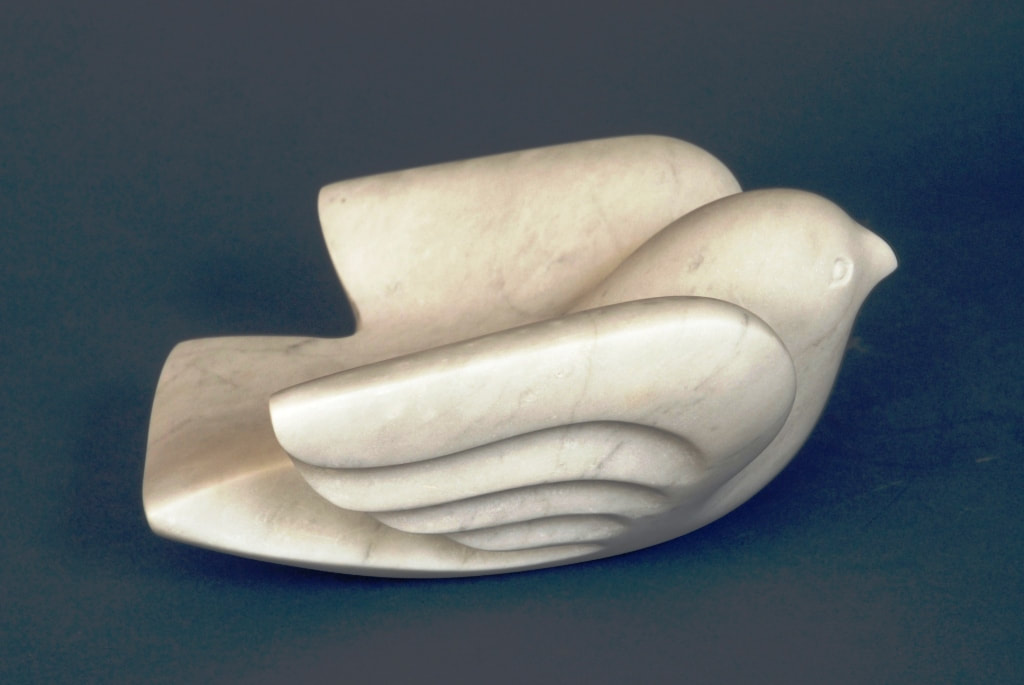 Beginning in 2003, with the US invasion of Irag, I made the carving of Peace Doves a key part of my career as a stone sculptor.  The doves were shown in several galleries and exhibits, mostly in Skagit County but also in Seattle, Camano Island, and Bellingham, and online, like  Powellstudios.com  The idea is simple: when a dove is purchased, I donate all the money  to a a nonprofit group working for peace.  In the early years, I gave to two in particular, Mercy Corps and American Friends Service Committee, both of whom were actively assisting Iraqi and Afghan civilians on the ground, who were suffering from US attacks.   As those wars continued, and intensified, and as other organizations became more active, we also contributed to them, often at the specific request of the dove purchaser.   The dove is your receipt for your contribution to peace.
In later years, I  began to focus on other peace issues, including this website, and its associated activities for nuclear disarmament.  So now I will renew my pledge, to cultivate cash donations to the causes of peace, by offering my stone doves to you as touchable receipts.  You can help me choose which charity to contribute to, if you wish, and the donation can be made in your name.   Most recent donations have been to Ground Zero, WPSR's Coalition Against Nuclear Weapons, Golden Rule Peace Boat, and Beyond the Bomb, all worthy organizations.  There are many other groups working hard to promote Peace in our world, and I encourage us all to support them.
​Peace and Love,  tracy w powell

Help us work for the abolition of all nuclear weapons